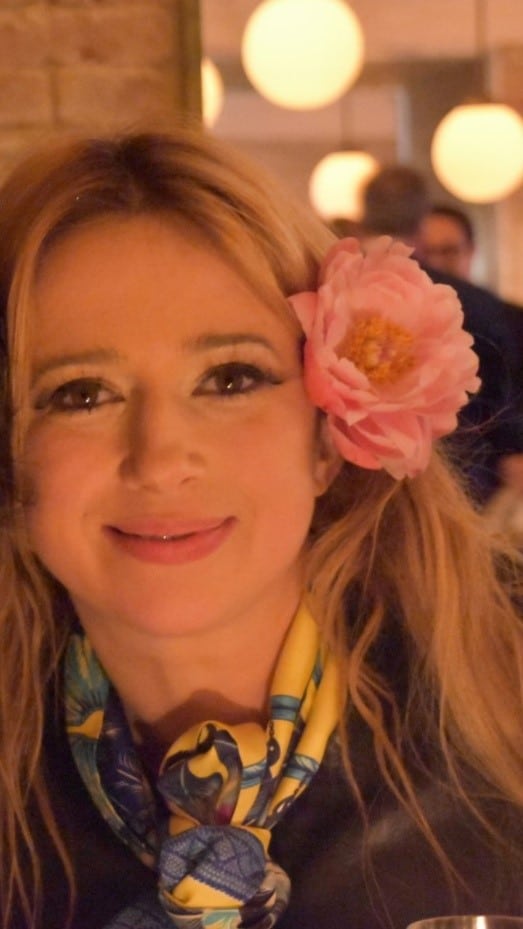 Dana comes from an artistic familly, her mom is an artist painter as well. Since childhood, Dana paints, enjoying drowing and play piano as part of daily rutine life.

She was mentored in the traditional technique of reverse painting on glass and had been exibiting in New York, Monaco, Cannes, London, Jérusalem and Paris

She is a member of the  Salmagundi Art Club in New York and a proud new member of AFCAE.

She studied the history of Ketouba and its representation in the world, specially in  Italy, Germany, Iraq, Iran … she observed the techniques , the formes , the substances.

Ketouba, also called Ketoubot (in aramaic it means « writen document») it is a jewish marriage certificate.

By choosing the medium of glass panel painting, She embraced  the celebrated traditional art of the Ketuba, inspired by the 17th Century School of painting calligraphy and of the illumination of sacred manuscripts.

Any cookies that may not be particularly necessary for the website to function and is used specifically to collect user personal data via analytics, ads, other embedded contents are termed as non-necessary cookies. It is mandatory to procure user consent prior to running these cookies on your website.